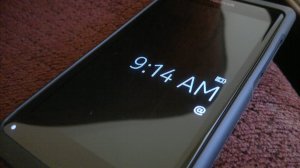 Over at Everything N9, my continued impressions the N9 have published. Here’s a snippet:

I’ve met the slow and unresponsive PR1.3. I get where some of that comes from. I also am finding that sometimes, that slow moment (usually caused when Twitter is refreshing) is a cause for me to rethink if I need to be on the device at that moment. I’ve not yet added any fitness tracking apps, but Sports Tracker was a favorite and I look forward to getting back to that one. I’ve also had some play with transferring content via NFC. The first try was to an Android device, and the second try was to the Lumia 920. Suffice to say, that’s something that’s neat, but is still not yet easy enough to do for everyone.