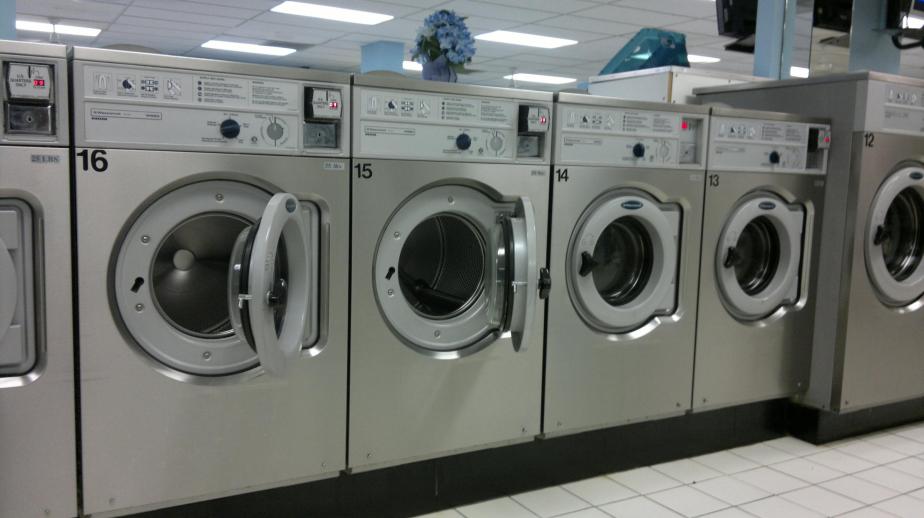 I’m finding more often than not that its when at the laundrymat that I’m getting views of mobile which are much closer to normal use or at least use that would be preferred over much else we chat about in this space regularly.

For example, one of the first things that hits me is how it would just make all kinds of sense that if instead of needing coins, that I could take that spare change beforehand, and then load it into my mobile. Given that many banks are allowing you to take a photo of a check, upload/send (via MMS) it to the bank, and then mail the actual check, I don’t think its too impossible to do something like take a photo of a series of coins, and then deposit them into a change machine (almost like a coin counter that’s a reverse ATM) that would put the funds into a kind of “change purse” that you can use for micro-transactions like laundry, parking meters, bus transport, or even paying the tab p2p-style at a sit-down restaurant.

Then there’s that aspect of the TV being on and not usually being able to change the channel. Would be better there if it were something like a TV hotspot, where it would be able to send to your mobile the TV stations that you want to look at. However, you only get the laundrymat’s preferred station as a freebie. For personal programming, you’d have to use that “change purse” to select and watch your own station.

Then again, such a hotspot could easily be an ebook or e-zine (magazine) kiosk, that you can download some reading material to. And if you have kids, that could also include something like a laundrymat-specific arcade.

There are always people to meet at the laundrymat, but not always folks who want to speak to you. So, I can imagine something like a QR code, or AR image on the window of washers and dryers that shows the identity of the person who is currently doing laundry. They can choose to share their social networking, business, or some other kind of profile (nothing above that PG rating though). And using your photo or QR or AR application of choice, you can choose to silently introduce yourself to them. I can imagine that advertisers would love something like that too because they could turn unused machines into ad terminals – or like what’s at many local laundrymats, it could be something where folks who would usually post items on a corkboard, could pay for the space to advertise for a limited time period on these devices.

That last one is going to cost a bit. I’m not sure all laundrymat owners would go for it. But, that’s the kind of interaction that keeps people in their facilities, and if it gives some financial value, while getting them clean clothes for their next opportunity, it sounds like it should be something that’s a win-win for all.