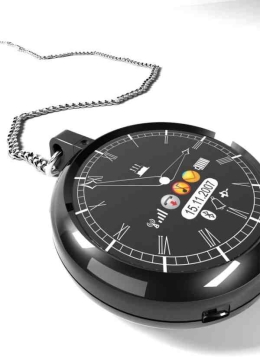 The other day, while wading through the chatter happening on Twitter, I came across a post from Mjive talking about mobile as the future. Now, I definitely don’t disagree with the intention, I just think that the article is about half a decade late. Mobile is the present.

Well, anyways, as I pondered that piece, as well as my own milestones within this space, something (probably instigated by Nigel), jumped out at me. After a few revisions. It became a tweet:

If mobile doesn’t add time to your experiences, why are you letting it put so many demands on your values and $$$?

That tweet took me several more minutes to process. I got it, but as I stewed a bit more, I realized how much it’s been staring me in the face and I have missed it. To date, mobile (and the Internet) has been a major time suck. And people are just letting it leak their lives dry.

Chances are you don’t agree. And that might be cool, then again, you might be a fan of others wasting their time so that you can make a buck off of their entropy – it is a “free” market, do what you will. But, here’s the thing, everyone who gets in and around mobile (just ignoring every other industry right now) tends to ask the same question: “how does this make my life easier?”

And then the answers fall to the same line of reasoning: you get to stay in touch with those folks closest to you, you draw closer to your audiences, you have your own soapbox for technical or creative endeavors… And it all points to time. Get it yet? If not, read this carefully:

That’s a phrase that I use when I talk about the pace that I think, drive, and bike. Distance times rate times the time equals speed. The rate we can change (usually)” and the distance matters depending on the route. But that time, that’s something so constant that the only way to get around it is to bend it. So we take roads with fewer lights and stop signs, or we find the most efficient route instead of the safest. Why? Because to some degree, we want to redeem some of that lost time in order to get back into the space of experiencing life. We don’t want to be stuck in transport, nor do we want to be moving at a rate slower than our perceptions allow.

Mobile (to date) rarely does this. It should actually be an embarrassment to folks who have managed the various innovations in mobile that it’s gotten to this point. To quote my friend Rita:

It still baffles me that [Google Android handset makers] has to make quad-core [processors] to make Android + skins usable, instead of optimizing the code

Exactly. It shouldn’t take all of that. Especially if mobile means that the requirements for “making it work” start from a much simpler base than the PC/laptop paradigm that proceeded it. But Android is essentially an emulator environment, it starts from the perspective that time is not a valued stick for making it work.

When does mobile add time? When is the simplicity of a pocektable, touchable, voice-ready device something that improves our relation to time, instead of degrades it? I personally like to start from the idea of base actions. Jeff Hawkins, one of the founders of Palm Computing was attributed to the philosophy of reducing the number of taps. In is frame of thinking, the distance between you thinking of something and it manifesting into a task or action on the device in front of you had to take as few taps as possible. Got to pick up laundry: think about it, pull out PDA, click tasks button, start writing, turn device off.

Or how about the idea behind Nokia’s Bots and Motorola’s SmartActions. Both services sit in the background of your Symbian or Android mobile device, essentially listening to how you use the device. Over time, it starts prompting you if you would like to make changes to the device based on what it learned. Accept or reject those prompts and it learns that too, then one day it all just adjusts, no prompts needed. When you pick it up, it’s ready to use. Artificial intelligence is what it’s called, I call it giving me some time back from doing those asinine tasks to make a mobile look like its smart (seriously, in the day and age, there is no reason mobiles should go off during a meeting, display your most contacted contacts at the top of your address book, enable power saving modes automatically, etc.; aren’t we past hand-holding companies and devs on this stuff).

When you smile because you didn’t spend half a day rentering contacts and calendar entries into your replacement mobile, that’s mobile adding time. When you have to reauthenticate into social networking services on the same replacement device because your mobile (carrier or number) isn’t tied to the authentication process of the social networking service, that’s losing time. How often do those folks who are around mobile all the time talk about not caring about certain apps when they get a new device or reset an older one? It’s not because the service/app didn’t matter. It’s because time mattered more, and nothing in that app/service, or in mobile period, made up for that.

If you made it this far, you probably can tell I am a bit flustered. For years, I have been trying to understand the intersection of faith and mobile tech, but didn’t realize until a few minutes before writing this that it was all about time. Does the use of mobile invite someone to redeem time in their life to live the faith they have bubbling on the inside of them? Chances are, it doesn’t. And all of these layers (apps, media, services, sign ups, etc) to make mobile the right channel is ultimately a failure to understand and speak to what actually matters. Time to live.

It’s really wild. As I was going back to get a link for this thru my blog, I was literally reading this struggle to understand what I have wanted from this mobile space. I have very much wanted the time and space to see and realize the world in a way that cannot happen inside of the ridges. I have gotten that in the past two years (and in the process gotten a ton poorer). But, I see back there how each step to mobile and connected spaces was a request to myself to redeem, gain time, not lose it in the administration of yet another avatar.

Here’s another thing: if you are about the activity of adding time in mobile, chances are you also are on the side of taking away trust or privacy. They go hand in hand with time. To give time means you have to have a better sense of time than another person. You have not only have that better sense, but hold a more trustworthy valuation of that sense then they do. Sheesh… this will be a rabbit hole.

This is the part that sucks… now I need to figure out what I should be doing for a living instead of what I have been doing.

2 thoughts on “Time, The Reason Why Mobile Fails”